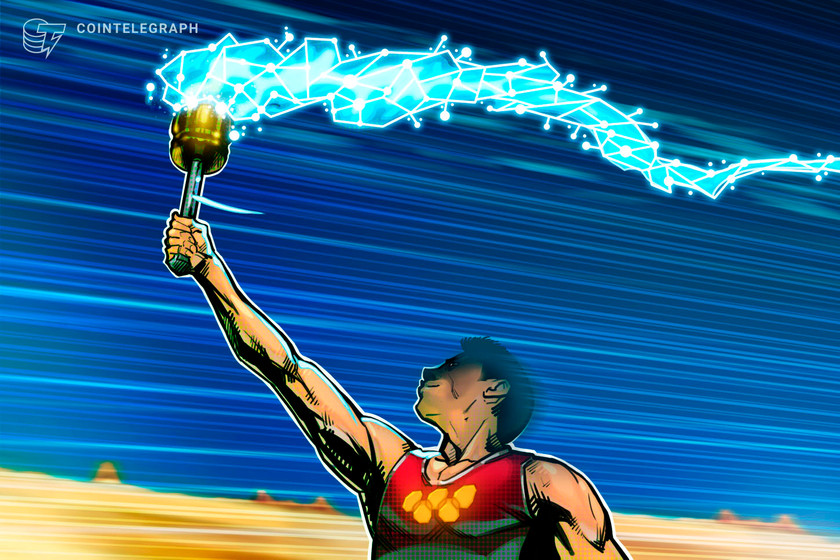 Restricting the number of spectators at the major international sporting event will “likely further delay the mass adoption of the digital currency,” according to the Foundation for Defense of Democracies’ Craig Singleton.

Though athletes and support staff arriving for the Beijing 2022 Olympics still have the option of using digital currency for payments at many venues, the international test run of China’s CBDC is reportedly facing hurdles due to the pandemic.

According to a Monday report from CNN, athletes, officials and journalists for the country’s Olympics games are largely separated from the population of China in a quarantine “bubble” to prevent the spread of COVID-19. These precautions combined with the Chinese government deciding to limit the number of in-person spectators may result in far fewer people testing the digital yuan as a method of payment at the major event.

“The Olympic Games would have been the first real chance for tourists and Chinese nationals alike to familiarize themselves with the digital yuan, but that door slammed shut when the Chinese government decided to severely restrict the number of Olympic spectators,” said Craig Singleton, a senior fellow at the Foundation for Defense of Democracies. “That decision alone, more than anything else, will likely further delay the mass adoption of the digital currency.”

The news outlet reported that roughly 11,000 people will be kept in a separate bubble from the Chinese population, with foreign and Chinese visitors outside of it not allowed to attend games at all. Despite these measures, Reuters reported on Monday that officials had detected 119 cases of COVID-19 “among athletes and personnel” in the last four days.

Roughly 3,000 athletes from 91 countries are expected to participate in this year’s Olympics games, but a positive COVID-19 test from any single person could end competition for the many with whom the person came into contact. During the 2020 Summer Olympics held last year, Tokyo — operating under similar restrictions for participants — still recorded 788 positive cases among athletes, staff and volunteers.

Even if the games were operating outside restrictions due to a pandemic, U.S. lawmakers have urged Olympic officials to bar athletes from using the digital yuan during the events. In July, Senators Marsha Blackburn, Roger Wicker and Cynthia Lummis penned a letter to the U.S. Olympic and Paralympic Committee claiming that the Chinese Communist Party could use the CBDC to surveil visiting athletes both while in China and upon their return to the United States. The committee has reportedly suggested athletes leave their smartphones at home and only use “burner” phones while in China, given the former could be infected with “malicious software.”

Related: China wants US senators to ‘stop making trouble’ out of digital yuan

Chinese officials began piloting trials of the digital yuan in April 2020, giving away thousands of dollars worth of the CBDC to residents in major cities including Shanghai, Shenzhen, Suzhou, and Chengdu. Cointelegraph reported last Friday that transactions using the digital yuan have totaled more than $13 billion since its launch, with roughly 10 million merchants activating digital wallets for the CBDC by November 2021. Earlier this month, the People’s Bank of China released its pilot for the digital yuan wallet.

China’s rollout of a CBDC has often been cited by U.S. lawmakers for privacy concerns and the Federal Reserve potentially falling behind in a major technological innovation. Some officials within the U.S. government have reportedly referred to the digital yuan as a national security threat for its potential impact on the dollar as the world’s reserve currency.