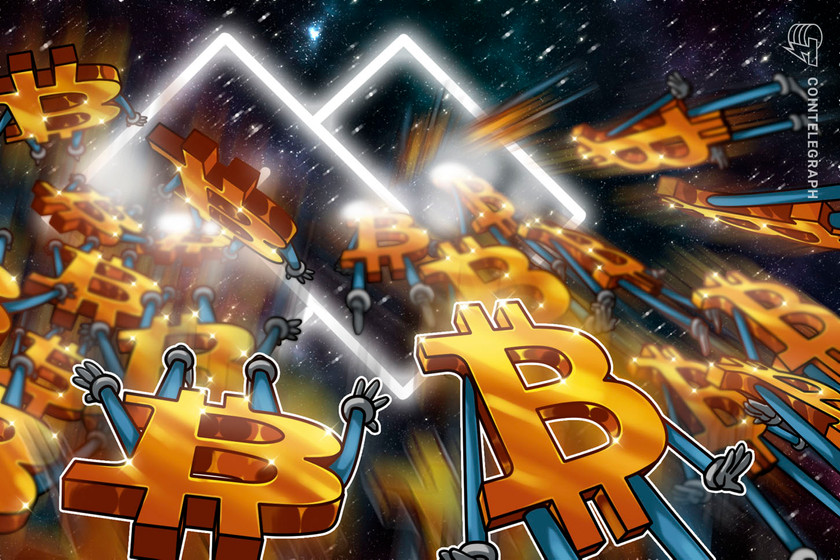 A Glassnode report reveals that cryptocurrency exchanges some major exchanges are still holding despite being heavy consumers of Bitcoin block space.

SegWit has come a long way since its first appearance during the 2015-2017 blocksize war. However, despite its relative success as a Bitcoin upgrade, crypto exchanges including Binance and Gemini are still not committed to using SegWit addresses for sending Bitcoin (BTC).

Implemented in 2017, segregated witness (SegWit) is a soft fork upgrade that separates “witness” data from the base transaction. In an “explain like I’m five” kind of way, SegWit allows for a safer and faster Bitcoin, making scaling the network easier.

While most exchanges and individuals were quick to upgrade their infrastructure to take on SegWit, reaching the 50% mark for Bitcoin transactions in 2019, the largest exchange, Binance has been dragging its feet.

Altogether, crypto exchanges consume roughly 40% of Bitcoin block space. Crucially, however, Coinbase and Binance make up the lion’s share of block space, responsible for “25% of consumed block space” last month. If leaders such as Binance, or large players such as Gemini fail to fully adopt SegWit, Bitcoin will struggle to reach its true scaling potential.

“The fee savings provided by SegWit (and also batching and Taproot) will inevitably lead to their near-universal use. These have succeeded already in vastly reducing congestion and lowering fees. Ironically, however, their success to date means that we may have to wait until fees become a problem again to give the late adopters the kick in pants they need to fully switch.”

Of the 18 major exchanges that Glassnode investigated, one-third are bona fide SegWit supporters at over 90% adoption levels. The second third–including Binance–are taking their best shot at adopting SegWit ranging from 50% to 80%, while the final six are still using Bitcoin addresses beginning with the number 1, rather than SegWit’s 3.

Related: 88% of all BTC transfers are overpaying transaction fees

Here is the graph detailing the exchange SegWit ranking:

It’s unlikely that the laggard exchanges will upgrade to Taproot, the most recent Bitcoin soft fork, any time soon. As Strolight points out, we might have to wait until fees rise before they wake up.