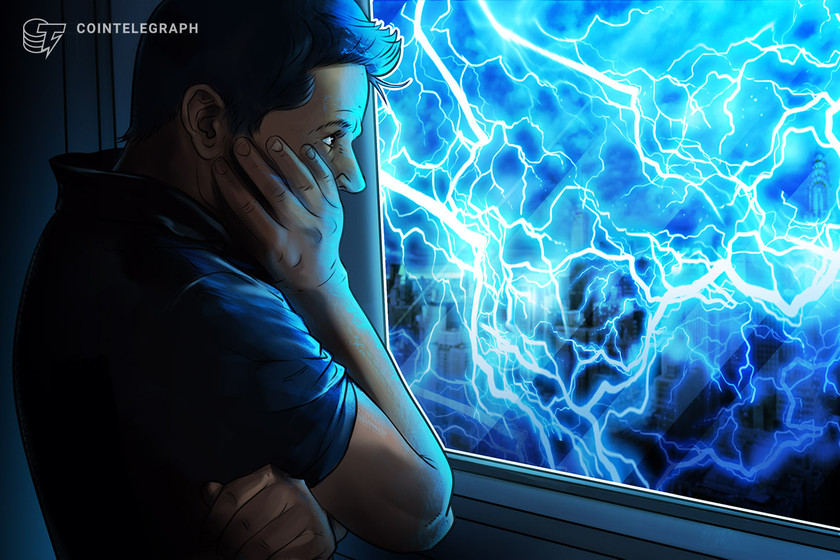 The capacity of the Bitcoin Lightning Network has short-circuited over the last three months to circa 3,400 BTC capacity, after surging throughout 2021, according to Arcane Research.

Following an exponential climb in capacity over 2022, the Bitcoin (BTC) Lightning Network made a lackluster start to the new year. According to a report by Arcane Research, growth in the Lightning Network capacity, or the number of BTC locked up in channels, has stuttered.

While the network continues to strike all-time highs, growth grinds down. The total BTC locked in the network is peaking just shy of the 3,500 BTC mark, sparking debate and discussion on social media.

As a quick refresher, the Lightning Network is one answer to the scalability issue that plagued the Bitcoin protocol. Lightning allows instant and super low-cost off-chain transactions; however, it requires Bitcoin to be locked up in payment channels distributed across lightning nodes.

Lightning Network activity soared in 2021, primarily thanks to El Salvador onboarding a whole country and Twitter integrating Bitcoin Lightning tipping. In an October report, Arcane Research predicted that there would be 700 million Lightning Network users by 2030.

So why has growth slowed in 2022? Bitcoin Lightning Network+ Twitter account stated that platforms such as Umbrel (an easy to set up node and lightning node service), sent initial growth to the moon. Naturally, due to S curve growth, it would have to plateau.

“I don’t think we’re seeing growth of the Lightning Network plateauing at all. We saw a major growth spike due to last year’s news and growth would now appear to be more organic.”

S-curve adoption plateaus to one side, he notes that “December is a holiday period for many around the world and often when the Bitcoin industry slows down.”

Rene Pickhardt, co-author of the “Mastering the Lightning Network” book, explained that the slowdown in growth could actually be a good thing for Bitcoin. He Tweeted:

“Given the fact that node count can only grow with channels and that the channel growth is limited by storage constraints in Bitcoin, we might only have a very short period of time with exponential growth. After that, we will be at best linear.”

Looking forward, lightning may strike twice for the second layer Bitcoin solution. A wealth of updates and news may spark further growth, such as the American mobile payment service Cash App which rolled out Lightning Network integration to its circa 30 million users.

Indeed, better UX and easy lightning integration for existing apps and exchanges might be the shock that the network needs. Danny sheds light on the situation:

“Once we introduced “Lightning Addresses” (eg. [email protected]) to make it easier for our customers to receive Lightning payments we have seen an incredible uptick in usage.”

The Arcane Research paper agrees with CoinCorner that the Lightning Network could be entering a new growth phase; the best could be yet to come.