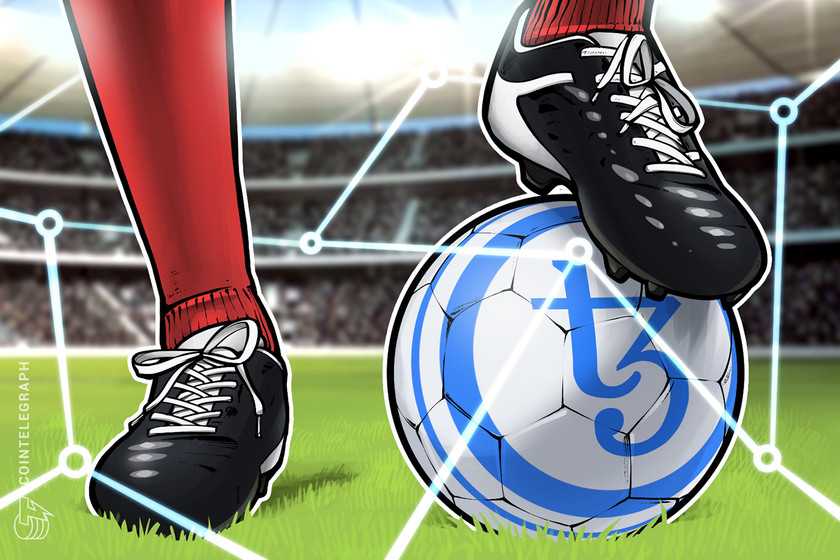 Tezos will help Manchester United build a fan-centered ecosystem based on the metaverse concept.

Manchester United, one of the oldest soccer clubs in the world, has confirmed its partnership with blockchain firm Tezos as the official training kit and technology partner.

The soccer club aims to introduce its fans to the decentralized Web3 tech amid growing focus from mainstream firms and brands. The team would make its first appearance in the new kit on Saturday against Southampton.

Manchester United’s previous sponsorship deal with Aon expired last month, and Tezos will be paying 33% on top of the previous agreement at $27 million yearly. Tezos will help the soccer club gain more exposure to Web3 technologies and might play a key role in launching various digital fan merchandise and collectibles soon.

A majority of global sports brands are experimenting with blockchain- and Web3-centered tech and new ways for connecting sports clubs to fans. Manchester United aims to build a fan ecosystem expected to be based on the concept of a metaverse on the Tezos blockchain to offer personalized experiences to the fans, with the platform planning to use the native token of Tezos, XTZ.

“This is a hugely exciting partnership for Manchester United because it aligns us with one of the most advanced, reliable and sustainable blockchains in an area of technology which promises to truly revolutionise the way that everyone, including the Club and our fans, can interact.”