Inside the blockchain developers’ mind: Can EOS deliver a killer social DApp? 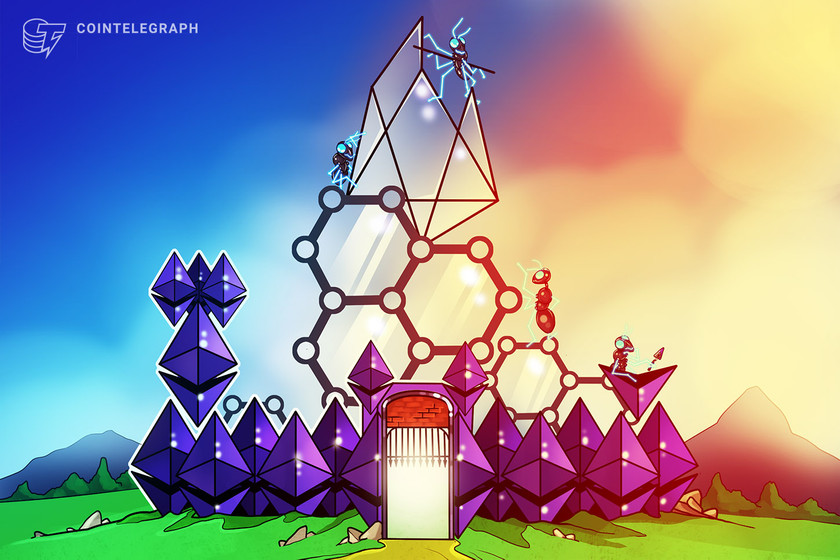 What are the limitations that are preventing mainstream adoption and what is the current DApp landscape?

Cointelegraph is following the development of an entirely new blockchain from inception to mainnet and beyond through its series, Inside the Blockchain Developer’s Mind, written by Andrew Levine of Koinos Group.

In my first article in this series, I explained why Ethereum and Steem haven’t been able to deliver a mainstream social decentralized application (DApp), despite taking two very different approaches and how this makes the solution seem. Therefore, why not combine the fee-less system developed for Steem with the flexibility of a blockchain with smart contracts like Ethereum? Then, we could give developers the best of both worlds, enabling them to create free-to-use applications with the freedom to add new features whenever they want.

One could argue that this is exactly what Dan Larimer was trying to do when he left Steem and began work on EOS. Now, four years after the release of EOS, Larimer is planning to release “Fractally,” a new social application built on EOS. But, this begs the question: Why has no one been able to build a successful social media application on EOS? After all, it’s not like no one has tried.

Block.one, the company Larimer founded and led as the chief technology officer, invested $150 million into their own social application Voice, which they then released not on the EOS mainnet but on its own dedicated blockchain.

This was odd because the entire purpose of a general-purpose blockchain is that it should be possible to launch any application on top of it. As I explained in my previous article, the whole problem with Steem was that it was its own separate blockchain and so it didn’t benefit from the kind of developer and user adoption that Ethereum did. It should come as no surprise then that Voice has simply failed to deliver.

Related: Social applications are the next big trend in crypto

Larimer is now at it again with Fractally, which he says will “bring incentivized content creation to EOS.” The secret, he claims, is a “fractal governance” system, but this doesn’t explain why no one has been able to build a social application on EOS with mainstream adoption. In fact, even if Larimer can launch a great social application on EOS, what does it say about that platform that the only person able to build a great application is the literal inventor of that platform. So, what happened?

In a way, what Larimer was trying to do with EOS was exactly what I had described at the end of the last article. Combining the best of Steem (now Hive) and the best of Ethereum. But, therein “lies the rub.” There are three things Larimer took from Steem that might seem small, but have incredible consequences that EOS is still grappling with to this day.

On Ethereum, users have just addressed similar to Bitcoin addresses, which are a long string of numbers and letters that are free to create because they don’t take up any network storage. This is critical because anything that takes up network storage or uses some of the network’s computational resources has a real-world cost that must be paid by someone.

Steem wanted to be a social blockchain and so, the theory went. They needed a centralized account that would be easy to remember which they would use to manage their frequent interactions. So, it made perfect sense for these accounts to have human-readable names that were easy to remember, but that also meant that they took up network storage. But, this centralized account also makes you a target. If you have a single private key that you regularly use to access an account and that account holds valuable tokens, then hackers are going to do their best to gain access to your computer so that they can steal your money and anything else of value you might have on there.

Related: An inside look at the moral and technical considerations of crypto social media

To solve that problem, every account name also had multiple addresses associated with it each with different authority levels so that the user wasn’t always exposing the private key for the address holding all their tokens. All of this stuff is taking up valuable network storage which is why, despite having fee-less transactions, Steem had an account creation fee.

Larimer obviously liked this design because he implemented a very similar system on EOS — account creation fee and all. To make matters worse, the EOS database is built on something called “memory-mapped files,” another vestige of the Steem design, an important consequence of which is that it is designed to use the most expensive form of storage possible: random-access memory (RAM). This means that EOS users don’t just need to buy accounts, but those accounts are going to be inherently expensive because what you’re really buying is the RAM needed to store that information.

What this really highlights is that fee-lessness is clearly not a binary. EOS is fee-less, to a degree. It is fee-less, except for accounts. And, since smart contracts also consume network storage, well you’re going to have to buy some more RAM for those too. But, EOS is by no means the only blockchain that takes this approach to fees, in fact, when we left Steem and evaluated all the options, we couldn’t find a single blockchain that didn’t introduce fees at some point in the user experience.

That solution was a system where simply holding a Koinos Network’s native token KOIN allows you to use the blockchain without introducing any friction at all. The system we outlined in our mana whitepaper does just that, and a prototype of that system is already running on the Koinos testnet.

As we explain in the white paper, mana is a fee-less alternative to Ethereum’s gas. Just like gas on Ethereum, everything a user does consumes mana. Unlike gas, however, users don’t have to spend their crypto on gas every time they want to do anything — that’s a fee. Instead, every liquid token is “born” with mana inside of it that is consumed down when the user transacts, but which regenerates over time. Once any of the mana in a token is consumed, the token becomes locked until the mana regenerates. In this way, doing anything on the blockchain has an opportunity cost, but does not cost the user any actual tokens. In other words, it is truly fee-less.

But, doesn’t this mean that users still have to buy tokens in order to use the blockchain? Isn’t that basically a fee? This is why mana is designed to allow developers to pay the mana consumed by a given contract, or simply delegate their mana to their users. In this way, people can use mana-powered blockchains without ever having to acquire any tokens at all. It is this kind of frictionless user experience that we believe is critical to delivering social applications with the kind of user experiences that allow for viral adoption. Fee-less “except,” is simply not fee-less enough.

I’m sure a lot of things have changed since the launch of EOS and will continue to change as that ecosystem matures. Every software product has its strengths and weaknesses. My goal isn’t to criticize EOS but to explain why the DApp landscape is the way it is and how the architectural evolution of blockchain technology (Ethereum to Steem/Graphene to EOS) resulted in the limitations that are preventing mainstream adoption.

“Those who do not understand history are doomed to repeat it,” said Edmond Burke.

This article does not contain investment advice or recommendations. Every investment and trading move involves risk and readers should conduct their own research when making a decision.

The views, thoughts and opinions expressed here are the author’s alone and do not necessarily reflect or represent the views and opinions of Cointelegraph.

Andrew Levine is the CEO of Koinos Group, a team of industry veterans accelerating decentralization through accessible blockchain technology. Their foundational product is Koinos, a fee-less and infinitely upgradeable blockchain with universal language support.