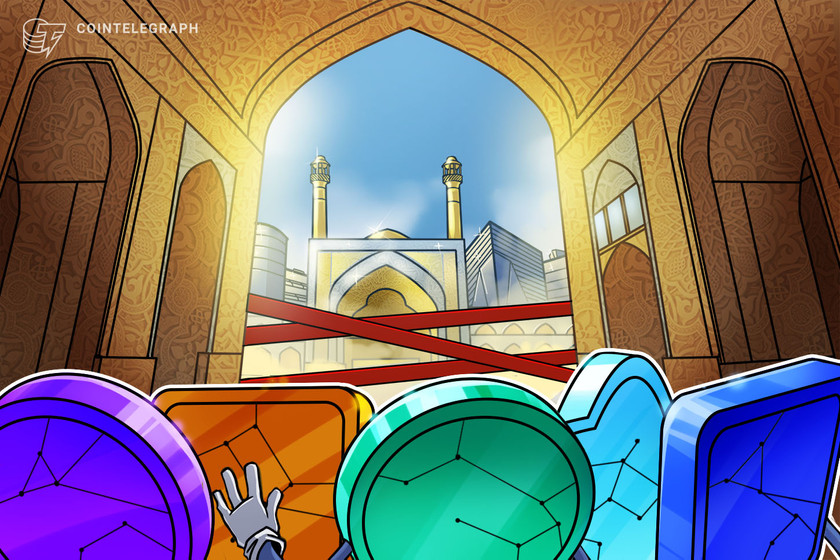 The world’s largest NFT marketplace has confirmed that it blocks users based on the U.S. sanctions list.

On Thursday morning, Iranian OpenSea users started posting on Twitter that their accounts were being deactivated or deleted with no prior warning. Iranian NFT artist “Bornosor” vented frustrations to their 4,700 followers, in a tweet that quickly gained traction, garnering 342 retweets and over a thousand likes within a few hours.

Bornosor stated, “NOT A gm AT ALL. Woke up to my @opensea trading account being deactivated/deleted without notice or any explanation.”

NOT A gm AT ALL

Woke up to my @opensea trading account being deactivated/deleted without notice or any explanation, hearing lots of similar reports from other Iranian artists & collectors.
What the hell is going on?
Is OS straight up purging its users based on their country now?

An OpenSea spokesperson said to Cointelegraph that it reserves the right to block users based on sanctions.

“Our Terms of Service explicitly prohibit sanctioned users or users in sanctioned territories from using our services. We have a zero-tolerance policy for the use of our services by sanctioned individuals or entities and people located in sanctioned countries. If we find individuals to be in violation of our sanctions policy, we take swift action to ban the associated accounts.”

The current U.S. sanctions outline that American companies are not allowed to provide goods or services to any user based in countries on the sanctions list, including Iran, North Korea, Syria, and now Russia. OpenSea is a U.S. company with its headquarters in New York.

These actions from OpenSea have sparked fresh debate about whether large blockchain-based firms and services are adequately decentralized, with MetaMask joining in on enforcing sanction-based crackdowns.

According to MetaMask’s Twitter account, Venezualan users were accidentally banned from accessing their MetaMask wallets, after blockchain development company Infura accidentally broadened the scope of its sanctions-related crackdowns.

MetaMask is a client-side wallet that strives to make the blockchain maximally accessible to everyone. Infura had a misconfiguration this morning, but it has been corrected now. https://t.co/CYAhvGunHo

Cryptocurrencies and digital assets like NFTs continue to come under increasing regulatory scrutiny from the U.S. government, as it increases the severity of economic sanctions against Russia.

OpenSea remains the world’s largest NFT marketplace, hosting over $22 billion in sales since its inception.

This isn’t the first time the cryptocurrency industry has been involved in turmoil surrounding the intricacies of international sanctions – with multiple crypto exchanges embroiled in the debate around freezing Russian crypto assets. The world’s largest exchange, Binance, refused to block accounts for “innocent” Russian customers.