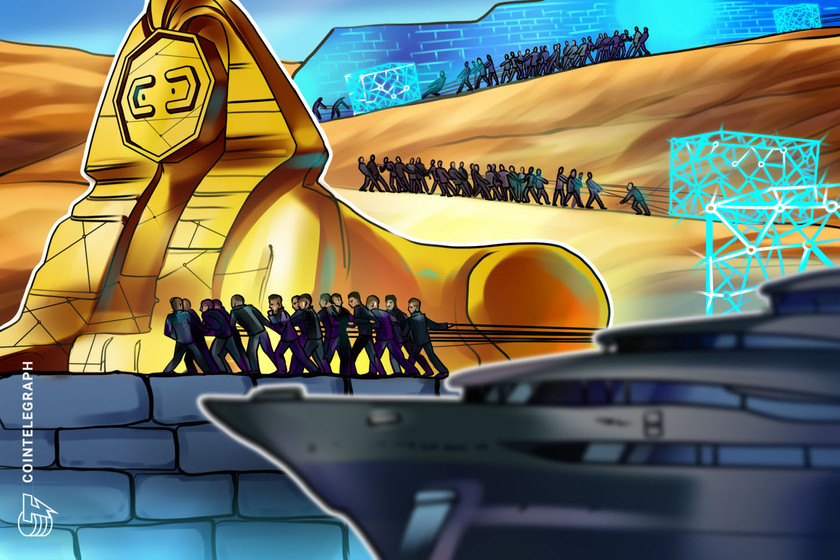 Project reps say the platform has transferred more than 1,100,000 actual trade and finance documents for over 75,000 customers since its implementation.

CargoX, a blockchain company specializing in document transfer solutions, announced a long-term extension to its agreement with the Egyptian government to digitize the nation’s trade flows. Last year, through its 80%-owned entity Misr Technology Services (MTS), the Egyptian government integrated CargoX’s Blockchain Document Transfer (BDT) service for its official NAFEZA single-window trade platform. Usage of the system became mandatory in Egyptian ports in October, and it handles more than 12,000 transactions per day. BDT is built on the Ethereum blockchain.

MTS chairman and CEO Ossama al-Sharif explained, “MTS succeeded in implementing […] intensive customs procedures to a modern, state-of-the-art, digital ecosystem and extending it to engage the trade community abroad by partnering contractually with CargoX to leverage their leading-edge technology and advanced solutions.”

As told by CargoX, users can upload or create electronic trade documents vital for international commerce and then transact ownership of them like money through a global bank via BDT. Perks of the service include irrevocable transfers of document ownership and an audited trail of events confidential to participants. In addition, more than 65 document types are supported, including letters of credit, certificates, contracts, invoices, etc.

As reported by Mhwrnews.com, Ehab Abou Aish, Egypt’s deputy minister for treasury affairs, announced on Monday that work is to currently include 55 economic entities in the country’s financial information system, including CargoX. Approximately 75,000 foreign exporters have registered on the CargoX platform between April 2021 and now.