Bear market: Some crypto firms cut jobs while others aim for sustainable growth 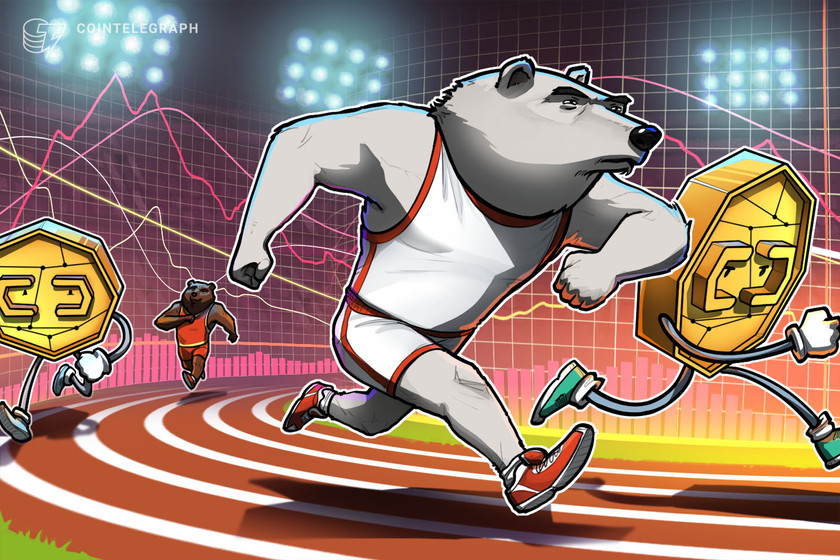 While crypto companies have been faced with major layoffs, things are nowhere as bad as the tech industry or other traditional sectors.

To put things into perspective, since November 2021, the total market capitalization of the digital asset industry has plummeted from it’s all-time high of $3 trillion to its current levels of approx. $1.27 trillion, thus showcasing a loss ratio of over 55%.

While this massive monetary downturn can be attributed to a range of factors, including the ongoing Russia-Ukraine war, rising inflation figures and worsening macroeconomic conditions have had a major impact on the crypto job landscape.

For example, earlier this month, Gemini, a cryptocurrency exchange helmed by the Winklevoss twins, announced that the bear market had forced them to lay off nearly 10% of its employees. The brothers noted that as part of their first major headcount cut, Gemini had to shift its focus on products that are “critical” to the firm’s long-term vision and goals. In fact, the brothers conceded that the existing turbulence was likely to persist for a few months at the very least, adding:

There is no denying the fact that the crypto industry has grown from strength to strength over the last couple of years. However, the last six odd months have been anything but pleasant for the market.

“This is where we are now, in the contraction phase that is settling into a period of stasis — what our industry refers to as ‘crypto winter.’ […] This has all been further compounded by the current macroeconomic and geopolitical turmoil. We are not alone.”

How bad is the situation really?

In addition to Gemini, a number of other big-name firms have had to make serious cutbacks in recent months. For example, the second-largest cryptocurrency exchange in Latin America, Bitso, announced late last month that it was letting go of 80 of its employees due to worsening global economic conditions. At the time of the announcement, Bitso had over 700 full-time workers.

The firm’s staff overhaul is not only a means of tightening its purse strings but also as a way of restructuring Bitso’s day-to-day activities. That said, a representative for the exchange recently revealed that they still have few vacancies across niche strategic domains such as accounting, tax, fraud detection and others.

Buenbit, one of Argentina’s leading cryptocurrency investment platforms, had to take more drastic measures to put a stop to its financial bleeding. During the last week of May, the company laid off approximately 45% of its workforce, shrinking its active employee pool from about 180 to just 100 workers.

2TM, the parent company behind Mercado Bitcoin, also revealed that it was going to be laying off 12% of its 750-strong team as a result of “changes in the global financial landscape.” At press time, Mercado Bitcoin is by far the biggest crypto exchange in Latin America in terms of the total trading volume. As part of a statement regarding the move, a spokesperson for 2TM noted:

“The scenario requires adjustments that go beyond the reduction of operating expenses, making it necessary also to lay off part of our employees.”

Coinbase announced recently that it would slow down its rate of hiring and reassess its financial strategies so as to ensure the company’s continued success. The firm even rescinded a lot of job offers that it had already issued, putting the visas of many international candidates in jeopardy. Not addressing the visa issue directly, Coinbase’s chief people officer L.J. Brock wrote in a blog recently:

“As these discussions have evolved, it’s become evident that we need to take more stringent measures to slow our headcount growth. Adapting quickly and acting now will help us to successfully navigate this macro environment and emerge even stronger, enabling further healthy growth and innovation.”

Crypto-friendly trading platform Robinhood fired 9% of its workforce in April, a decision that came at a time when the company’s stock offering had touched an all-time low. Lastly, one of the Middle East’s most prominent crypto trading ecosystems, Rain Financial, laid off over 12 employees earlier this month, citing the global financial downturn as a reason for the same.

The aforementioned job turmoil seems to have an eerie feel to it, one that mirrors the events of 2018 when the market was faced with widespread layoffs across the board. At the time, crypto mining giant Bitmain got rid of a massive chunk of its employee base, with reports then suggesting that the company let go 1,700 of its 3,200 employees — including its entire Bitcoin Cash (BCH) development team, several engineers, media managers and more.

Prominent cryptocurrency exchange Huobi also carried out massive layoffs in 2018, with the company letting go of its “underachieving employees” while stressing that the remedial measures were necessary for “its core business” to sustain itself. At the time, the company reportedly had a workforce of over a thousand employees.

Lastly, blockchain software technology firm ConsenSys was also forced to make significant cuts in 2018, with the company’s CEO Joseph Lubin penning a letter to his employees revealing that he would have to let go of some 600 employees in an effort to help the business stay afloat.

Not all is lost

Amid these unfavorable market conditions, there are still firms that have decided not to lay off their employees. For example, crypto exchange platform FTX announced that not only will it be retaining its existing employees but will also be hiring new personnel as the crypto winter marches on.

As part of a recent Twitter exchange, CEO Sam Bankman-Fried explained that his firm will continue to expand its operations because its growth blueprint has been well structured, unlike some other firms that experienced unfounded, unsustainable “hyper-growth” during last year’s bull run.

why FTX is going to keep growing as others cut jobs

Criticizing “hyper-growth companies,” Bankman-Fried said that hiring more staff quickly doesn’t necessarily lead to a substantial increase in productivity since rapid expansion, more often than not, makes it more difficult for everyone to stay on the same page. “Sometimes, the more you hire, the less you get done,” he said.

Even though FTX had slowed down its hiring earlier on in the year, the move, he noted, was not due to a lack of funds but rather a means of ensuring that new team members had enough time to adjust to their new roles and professional surroundings.

Some crypto recruiters noted that while the digital asset industry has indeed witnessed layoffs, its rate of hiring has remained spectacularly high, especially when compared to the traditional tech space. To this point, a number of Silicon Valley giants including Twitter, Uber and Amazon have announced major job cuts recently.

Netflix also terminated the roles of 150 employees after posting historically poor growth figures, while Facebook’s parent company Meta noted that it was instating a hiring freeze for any mid-to-senior-level positions after failing to meet revenue targets.

Neil Dundon, founder of employment agency Crypto Recruit, said that things have not slowed down when it comes to hiring within the digital asset industry. “We have a team based globally across the U.S., Asia/Pacific and European regions and demand is equally as high across the region,” he pointed out in a recent interview with Cointelegraph.

Similarly, Kevin Gibson, founder of Proof of Search, told Cointelegraph that the lay-offs taking place across the tech sector have had little to no impact on his crypto industry clients so far, adding:

“I’ve only heard of two companies letting people go. This may change in the next month, but any slack will immediately be taken up by well-funded quality projects. As a candidate, you won’t notice any difference. if you do lose your job, you will also have multiple offers pretty quickly.”

Therefore, as the ongoing downturn continues to affect the global economy in a big way, it will be interesting to see how companies operating within this space are able to stave off bearish pressure and survive the ongoing financial onslaught.